Preparing for the CollectA Mantellisaurus Figure

Not long to wait now until the arrival of the first batch of new for 2018 CollectA prehistoric animal models (CollectA Prehistoric Life and CollectA Deluxe).  Our fact sheets for the new figures are complete and the scale drawings and illustrations that we commissioned have all been sorted out.  The picture (below), is our illustration of the new CollectA Prehistoric Life Mantellisaurus replica.  It is great to see a model being made of a dinosaur that was named in honour of Gideon Mantell.

The CollectA Mantellisaurus is depicted in a drinking pose, our drawing is a very close representation of the actual figure which is due to be in our warehouse soon. 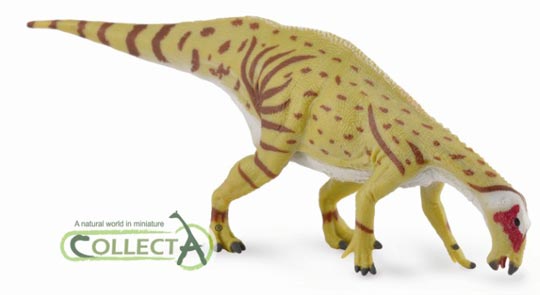 We look forward to getting our hands on this new Ornithopod replica.