Very best wishes to Sir David Attenborough, the broadcaster and naturalist, who celebrates his birthday today.  Sir David is as busy as ever, this week, a new BBC Radio 4 series entitled “Tweet of the Day” has started.  The programme is dedicated to birdsong and is due to be aired before the start of the “Today” programme at 05.58 am (BST) each morning.  Sir David will narrate for the first month, but the series will run for a whole year and feature 265 birds and their songs that can be heard around the British Isles.  The team behind the daily broadcast hope that the British public will learn more about birds through their songs and calls.  Each programme will begin with the bird song or call, followed by a brief story or fascinating fact about the particular bird featured.

With so many early starts recently, team members at Everything Dinosaur have been treated to a number of dawn choruses of late.  It is fascinating to hear these “avian dinosaurs” in the early morning. 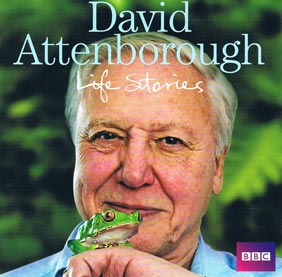 Sir David, in comments he made when being interviewed about his involvement in this new natural history series, stated that British people are very concerned when it comes to wildlife.  It can be rather taken for granted when it surrounds you all the time, you can become a little blasé about it all.

“I think British people care more about the natural world because the Industrial Revolution started here.  We’ve been losing countryside for longer than anyone else.”

We look forward to seeing on television a new series on fossils and fossil collecting which will be fronted by Sir David Attenborough, this should be aired in the autumn.

In the meantime,  scientists from the BGS (British Geological Survey) in Nottinghamshire have been shedding some light on fossils that could have been found by a young Sir David Attenborough.  As a boy, Sir David loved collecting fossils as he grew up in Leicestershire.  There are a number of limestone outcrops which represent strata laid down in the Early Jurassic.  These Lower Jurassic sediments contain a variety of fossils and the young naturalist would often cycle to a quarry and search the scree for ammonites, bivalves and belemnites.

He used to take some of his finds to the New Walk Museum in Leicester, where a very kind and helpful geologist called H. H. Gregory would help him to identify them and catalogue them.  He even helped out at the museum during the school holidays.  It was learning about fossils that helped fuel his passion for the natural world.  The rocks exposed around the Charnwood Forest area of Leicester, although only a few miles from where the young Sir David was living, held no attraction for him.  These rocks although layered and stratified were regarded as Precambrian in age and by definition they were devoid of fossils.

All that changed in April 1957 when schoolboy Roger Mason, from the same Leicester grammar school that Sir David had attended less than twenty years earlier, found a fossil in the Charnwood rocks.  When climbing on some rocks with his friends a strange impression of a frond-like structure was spotted on the surface of a boulder.  This turned out to be evidence of an ancient marine organism that lived on the bottom of a deep ocean something like 570 million years ago.  The organism, superficially like a extant sea pen was named Charnia masoni.  A number of these fossils have been found subsequently in the Late Precambrian rocks in the Charnwood Forest area.  Several specimens including the original holotype material are on display at the New Walk Museum, but many more have been discovered thanks to the British Geological Survey team.

The research team painted silicone rubber onto the exposed rock surfaces in the Charnwood Forest area.  Once set, peeled off and brought back to the laboratory, casts could be made which revealed a substantial number of new Charnia specimens.

“By using the silicon moulds we have discovered there are literally thousands of fossils and they are gobsmackingly beautiful.”

Fossils of Charnia have been found elsewhere in the world, since the 1957 discovery.  Mistaken Point in Newfoundland is perhaps the most famous, but Charnia specimens have been found in Precambrian aged strata in Russia and Australia.  Each of the fossils is essentially an impression in soft sediments made by the outside of the organism, no internal structures have been preserved.

Dr Wilby went on to add:

“They are absolutely world class.  Some of them are substantial in size but it’s almost impossible to see them in the forest because they only become visible when the sun is at the right angle.”

It has taken five years, but the research team have uncovered many more fossils and isotopic dating has been used to confirm the age of the rocks within which they [the fossils] have been deposited as definitely from the Precambrian.

“The fossils at Charnwood were considered so important because it was the one place in the world where we could definitively say fossils were of Precambrian age,” added Dr Wilby.

Had the young  Sir David, taken a wander around the Charnwood Forest area, perhaps  intrigued by the ancient layered strata, who knows what he might have uncovered.  However, during his long career, the naturalist and broadcaster has had the honour of having a number of extant and extinct organisms named after him.  Perhaps he won’t mind missing out on the discovery of Charnia, only a few miles from his boyhood home.