At Everything Dinosaur, we enjoy receiving lots of letters, cards, emails and drawings from young (and not so young), fans of dinosaurs.  A few years ago, a budding young palaeoartist called Caldey sent into us her drawing of the armoured dinosaur Ankylosaurus.  It was a splendid drawing and Caldey’s mum explained that Caldey loved drawing prehistoric animals and one day, she might want to illustrate dinosaurs as a full-time job.

An Amazing Drawing of an Armoured Dinosaur

A beautiful drawing of an Ankylosaurus.

The Role of Scientific Illustration

When it comes to publishing scientific papers, particularly those that describe a long extinct creature that is new to science, an illustrator is often employed to work with the researchers to produce a scientifically accurate life reconstruction based on the known fossil material.  In May 2017, Everything Dinosaur team members reported upon the discovery of a new species of armoured dinosaur from Montana (United States), the new dinosaur named over 100 years after Ankylosaurus was first described, was called Zuul crurivastator, (pronounced Zoo-ul cruh-uh-vass-tate-or).

The renowned palaeoartist Danielle Dufault was commissioned to produce an illustration of this new Late Cretaceous armoured giant.

An Illustration of Zuul crurivastator

The stunning life reconstruction of the heavily protected head of Z. crurivastator inspired young Caldey to have a go at reproducing this illustration.  We think she has done a rather splendid job.  Well done Caldey.

An illustration of Zuul crurivastator by a budding young palaeoartist.

As Caldey has got a little older, her drawing skills have matured.  Perhaps, she will one day be making a contribution to scientific illustration and palaeoart on behalf of a major museum or a prestigious university.  We wish all budding young artists every success – keep chasing your dreams.

A New African Titanosaur is Announced

Scientists writing in the on-line, open access journal PLOS One, have published details of a new species of African Titanosaur.  It took several years to carefully remove the fossil material from a high cliff wall overlooking the Mtuka riverbed in south-western Tanzania, but the fossils, representing a not fully mature dinosaur, are providing palaeontologists with important information about how African ecosystems changed over the course of the Cretaceous.  The new Titanosaur has been named Mnyamawamtuka moyowamkia (pronounced Mm-nya-ma-wah-mm-too-ka mm-oh-yo-wa-mm-key-ah).  The name is derived from Kiswahili for “animal of the Mtuka river with a heart-shaped tail”.

The heart-shaped tail element of the name refers to the strange shape of the most intact middle caudal vertebra described in the paper.  It bulges out at the sides (dorsolateral expansion of the posterior articular surface of the centrum), a unique tail bone morphology that resembles the shape of a romantic, love heart.

A Life Reconstruction of a Pair of  Mnyamawamtuka moyowamkia Titanosaurs The first evidence of the dinosaur fossils was noted in 2004 and some fossils were excavated from the cliff face, in what were quite hazardous conditions, with field team members having to be lowered over the cliff on numerous occasions to work on the exposed bones.  Annual excavations took place until 2008, it was important to keep returning to the site as the fossils were in danger of being lost to the river in seasonal floods. The specimen was excavated from the Mtuka Member of the Cretaceous Galula Formation, which was deposited around 110 to 100 million years ago (Aptian to Cenomanian faunal stage of the Cretaceous).  A substantial portion of the postcranial skeleton has been recovered.

Dangerous Work!  The Excavation Site in 2007 The quarry dig site above the Mtuka riverbed in south-western Tanzania.

Commenting on the importance of this discovery, in relation to the evolution of African Titanosaurs, lead author of the paper, Dr Eric Gorscak, a recent PhD graduate of Ohio University and now an assistant professor at the Midwestern University (Illinois), stated:

“Although Titanosaurs became one of the most successful dinosaur groups before the infamous mass extinction capping the Age of Dinosaurs, their early evolutionary history remains obscure, and Mnyamawamtuka helps tell those beginnings, especially for their African-side of the story.  The wealth of information from the skeleton indicates it was distantly related to other known African Titanosaurs, except for some interesting similarities with another dinosaur, Malawisaurus, from just across the Tanzania–Malawi border.”

Adding to the Diversity of Titanosaurian Sauropods from Africa

The field team responsible for this discovery have also found the fossilised remains of two other Titanosaurs in this part of Africa.  In 2017, Everything Dinosaur reported upon the discovery of Shingopana songwensis.

To read about S. songwensis: A New Species of African Titanosaur is Named

The researchers conclude that Mnyamawamtuka moyowamkia was distantly related to both Shingopana songwensis and Rukwatitan bisepultus, fossils of which come from younger Cretaceous sediments, although it did share some anatomical characteristics with Malawisaurus dixeyi from Malawi, that might have been contemporaneous.  This new fossil discovery is helping palaeontologists to better understand the distribution of Titanosaurs between Africa and South America and their evolutionary relationships. 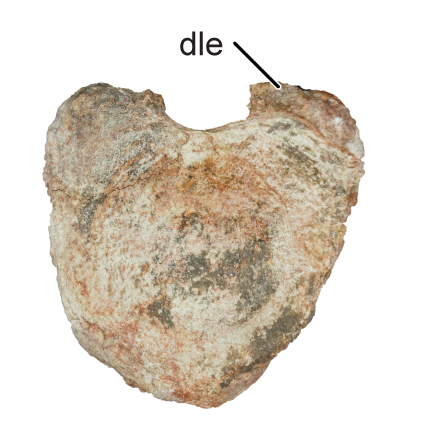 A comparison of caudal vertebrae between three Titanosaurs. Mnyamawamtuka moyowamkia (A), compared with Malawisaurus dixeyi (B) and Lohuecotitan pandafilandi of the Late Cretaceous of Spain (C). Posterior views and lateral views, scale bar = 10 cm.  The term dle = dorsolateral expansion.