Win, Win, Win with Everything Dinosaur – Win a Set of CollectA Models

WIN! WIN! WIN! with Everything Dinosaur!   PLEASE NOTE THIS COMPETITION IS NOW CLOSED.

We have got another super, prehistoric animal and dinosaur giveaway.  CollectA, those clever model and figure manufacturers will be bringing out some amazing new prehistoric animal figures in 2015 and we are giving one lucky dinosaur model fan the chance to get their hands on a set of these new models before anyone else. Our prize giveaway includes the mighty 1:40 scale Pliosaurus, the pair of horned dinosaurs Nasutoceratops and Medusaceratops, the fearsome Xiongguanlong, Daxiatitan, the Temnodontosaurus and the magnificent prehistoric mammal models Daeodon and Moropus (both 1:20 scale).  Eight superb collector’s items, the first to come off the production run and to win this prize all you have to do is to come up with a collective noun for a collection of CollectA! 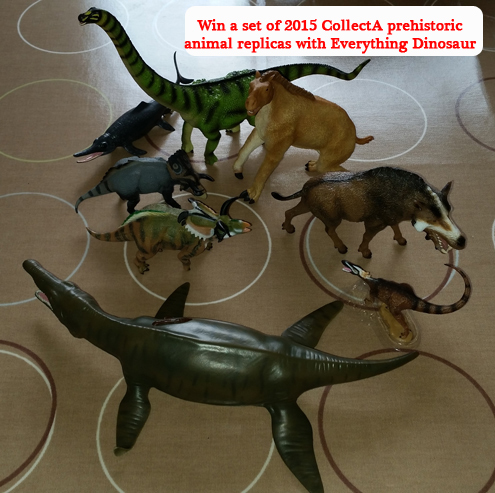